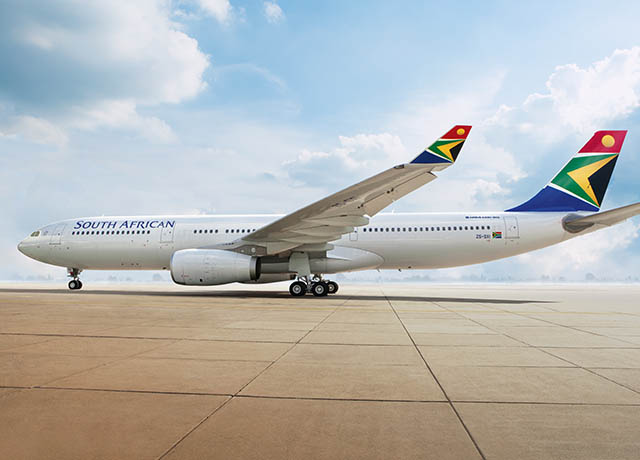 The South African government has finalized the sale of 51% of the capital of the airline South African Airways to the Takatso consortium, which is to invest nearly 200 million dollars in it – the state is due to add 120 million in the next two years.

After eight months of negotiations and negotiations, the private future of the South African national company based at Johannesburg-OR Tambo airport is almost confirmed. “The next step involves the approval of this transaction by various regulatory bodies,” the Ministry of Finance said on February 23, 2022, after announcing the signing of the agreement for the sale of 51% of SAA – for an amount not disclosed. The Takatso consortium, a joint venture between Global Aviation Operations (which owns the low-cost Lift among others) and the fund manager Harith General Partners (and Lanseria airport), will inject 3 billion rand ($196 million) from operational cash flow in the partly privatized company.

The government will add an additional 1.8 billion rand ($119.3 million) during this fiscal year, in particular to pay off part of its debts; this is the last tranche of the billion dollars set aside in 2020 to save SAA. But new public aid is already being discussed.

Following the resumption of operations last September after 18 months of inactivity, South African Airways had operated a total of 1,024 domestic and regional flights at the end of December 2021 – and posted a loss of close to $180 million in four months, according to the authorities. financial. The Star Alliance company had emerged from the process of protection against creditors at the end of April 2021, before being bailed out by Takatso. It now has six active aircraft, three Airbus A319s, two A320s and one A330-300, compared to 46 before the Covid-19 pandemic; the resumption of long-haul flights is expected in the second half of 2022.

Recall that last November, South Africa and Kenya announced a strategic partnership agreement with the objective of launching a pan-African airline group by 2023, which will bring together South African Airways and Kenya Airways. And this following the cooperation protocol (MoC) signed by the two national companies two months earlier, “with the aim of promoting the exchange of expertise, innovation, digital technologies and best business practices”.